What's New?
Home » 5 Things You Can Do Right Now to Combat Procrastination 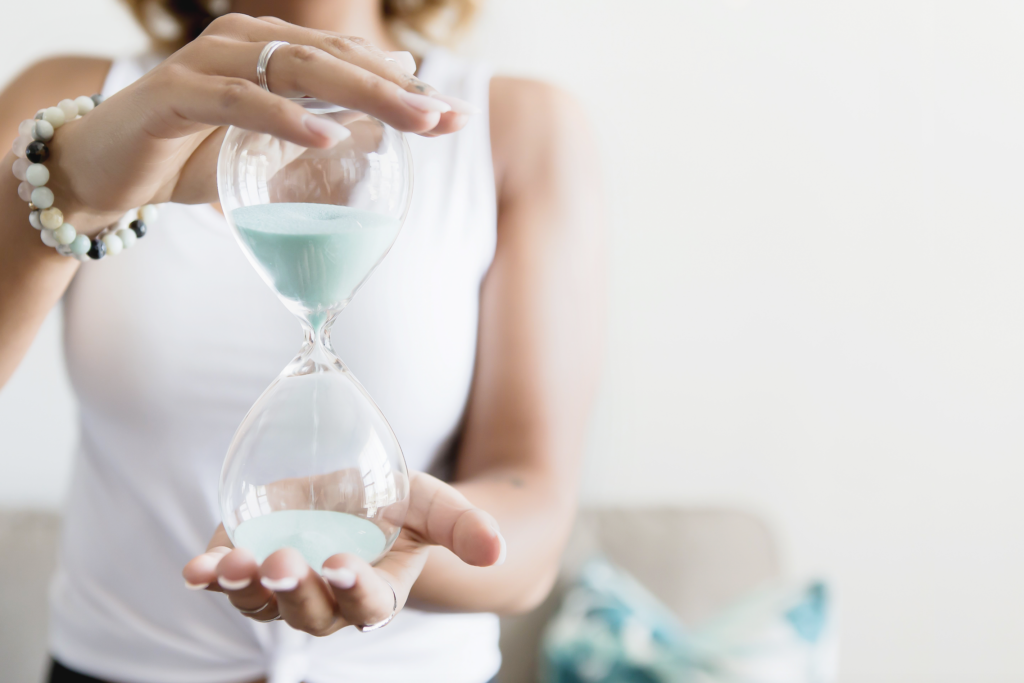 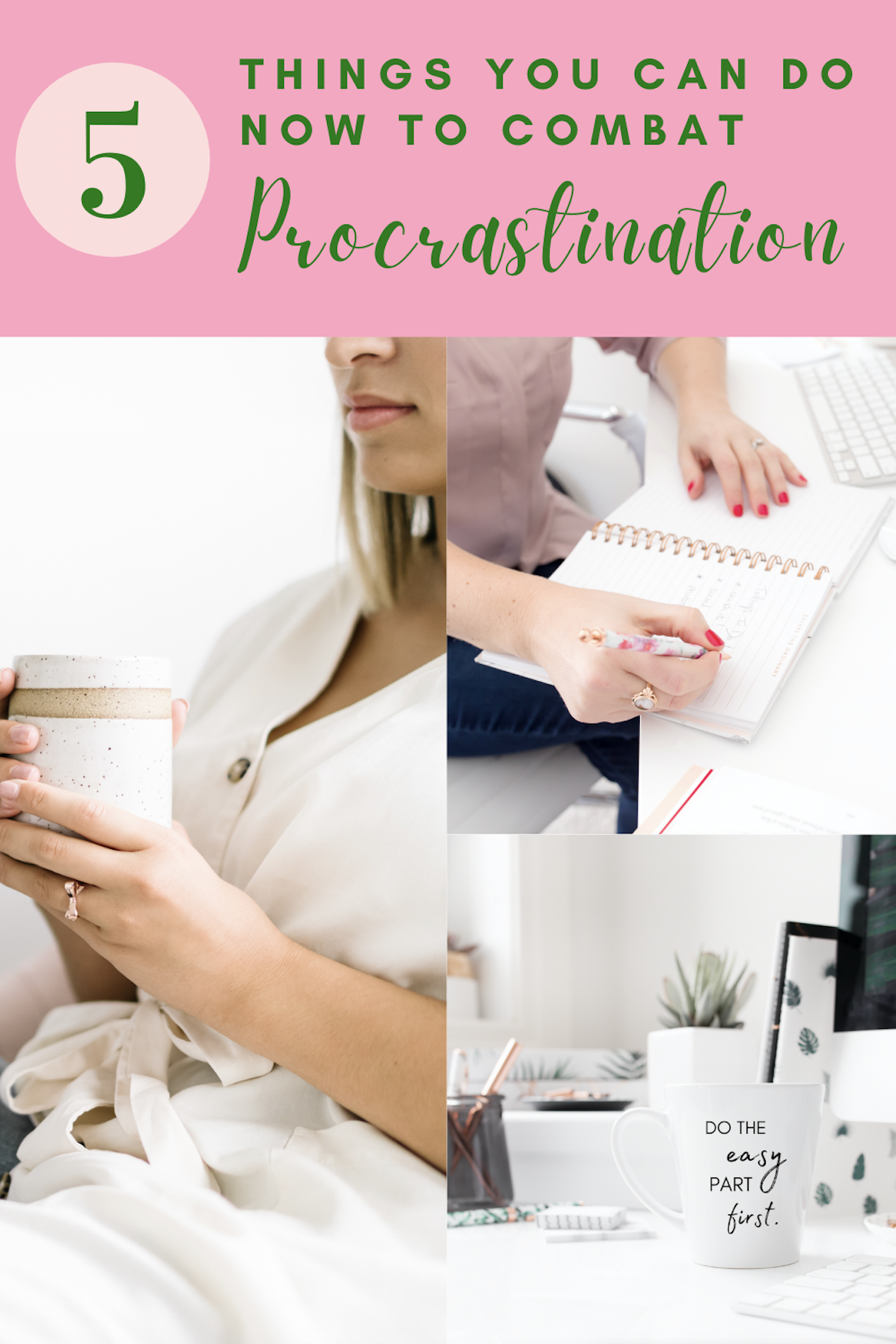 Do you find yourself putting things off until the last minute a lot? Here are five things you can do right now to combat procrastination.

Who among us has not put off a task because, you know, we can just do it tomorrow. Funnily enough, the word “procrastination” actually comes from the latin prefix pro-, meaning forward, and the latin word crastinus, meaning belonging to tomorrow. You put things off, forward, to the future, in order to complete them tomorrow. But do you actually complete them tomorrow? Or the next day, or the day after that? Or are you stuck in a loop of putting-off-until-tomorrow in which tomorrow just won’t come? Here are five foolproof tips to help you combat procrastination.

Five Things You Can Do Right Now to Combat Procrastination

1. Figure Out What You’re Afraid of, and Overcome It 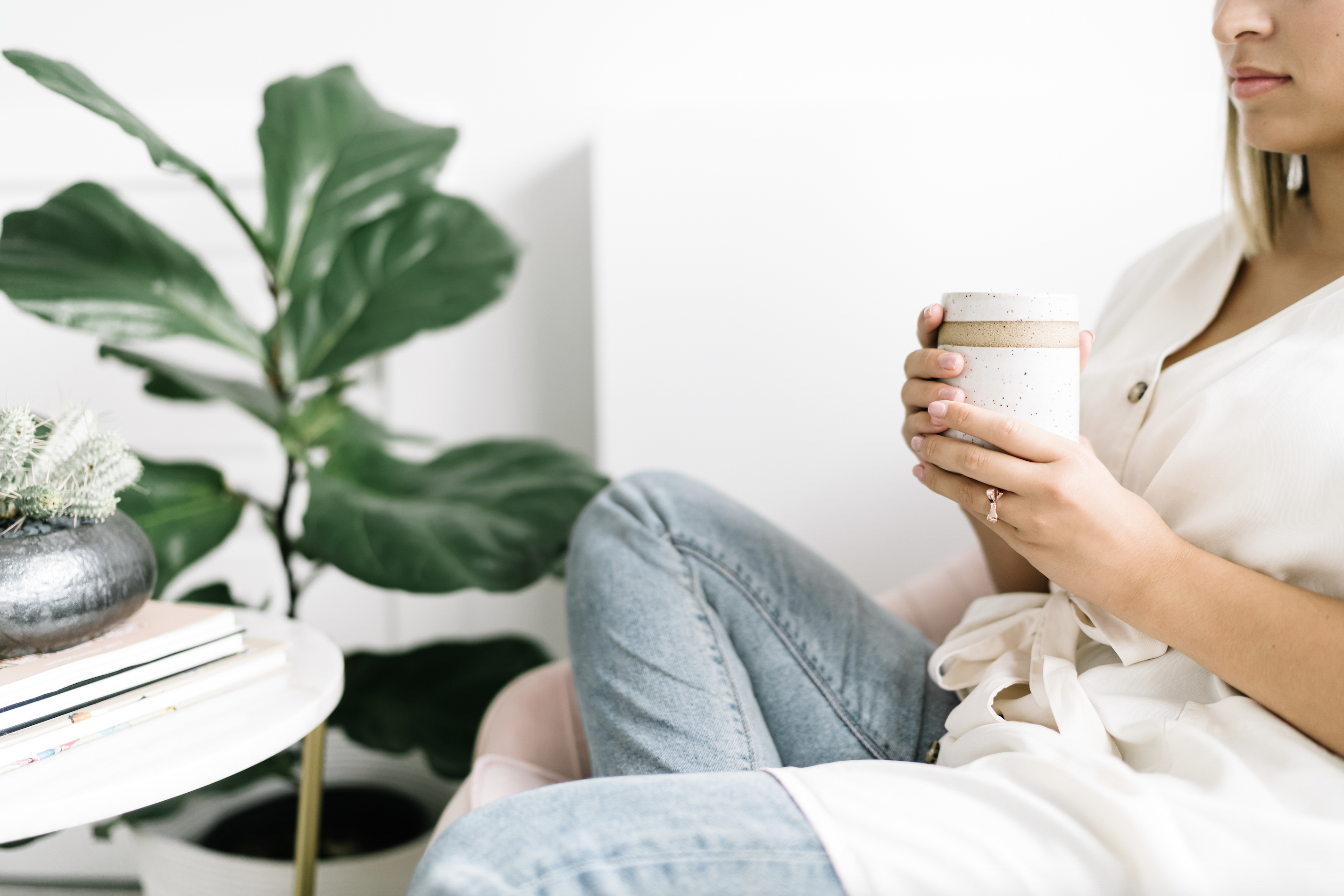 Because you need to hear it: you’re not lazy. Procrastination is a symptom of other underlying problems, and, in addressing them, you can begin to kick this unhealthy habit.

According to psychologists, the number one factor behind procrastination is anxiety, both generalized and specific. Fears that cause people to procrastinate mainly include the fear of failure and the fear of negative judgement, but generalized anxiety (or even just other negative emotions) can also lead you to putting off a task.

Maybe you just need set times to start and stop working, but, depending on who you are, it might even be helpful to write down what you need to do by the hour. With cases of executive dysfunction (brought on by factors like depression or ADHD), it can even be helpful to write down things like “wake up,” “eat breakfast,” or “brush teeth”–and then add a slot for your current project once you’ve taken care of yourself. Yes, making a to-do list is one way to help combat procrastination

3. Throw Perfectionism out the Window

“Perfect is the enemy of good.” 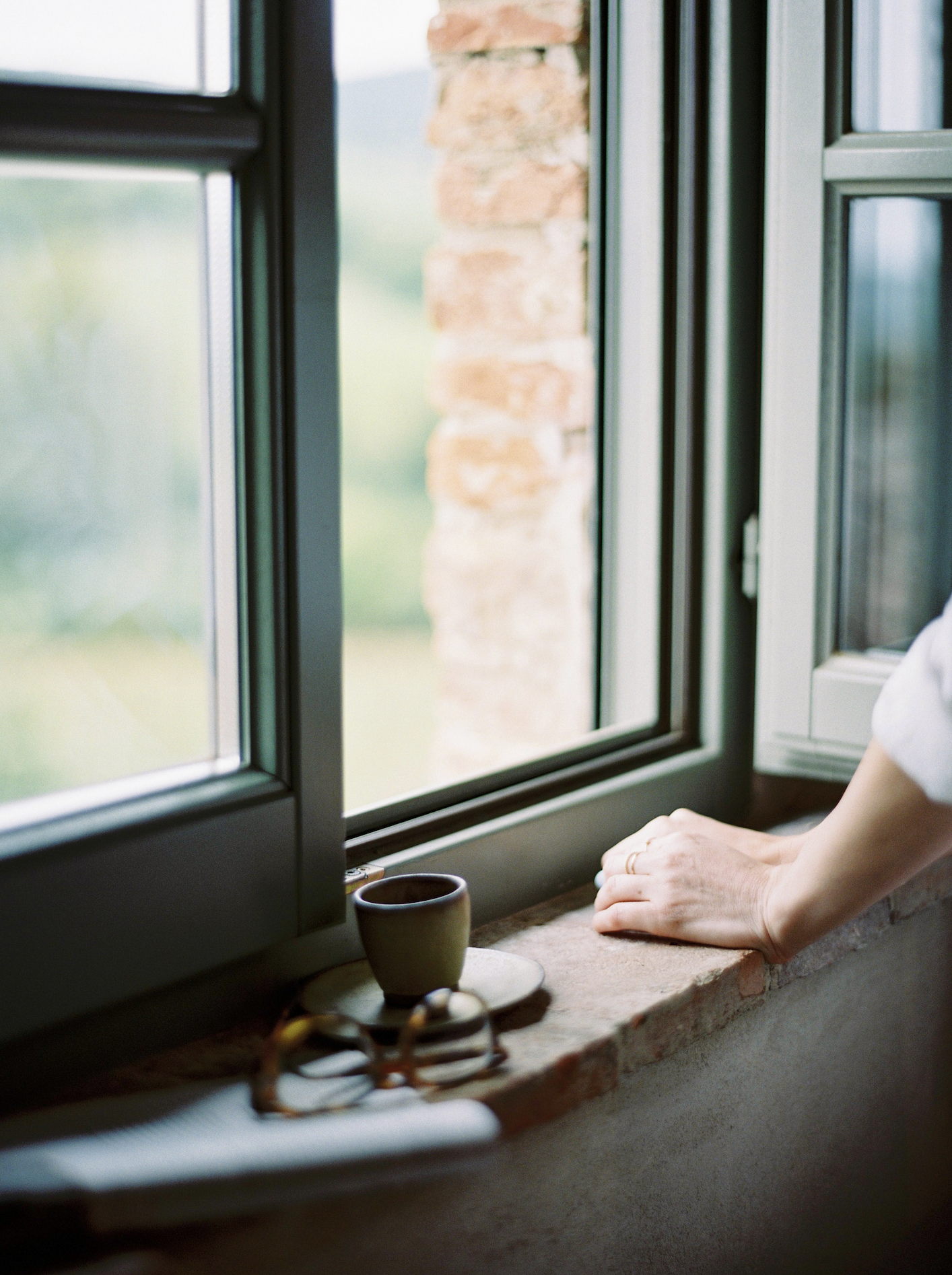 You’d imagine that as famous as he was (and is), Voltaire was constantly working on more than one great work at once… which was probably why this proverb, attributed to him, still resonates so deeply. If he had focused on perfecting a single work of genius to a T, he would have just been some French guy called Francois-Marie Arouet, not the internationally renowned philosopher with the pen name (or nom de plume, in his native French) of Voltaire.

Similarly, most perfectionists are notorious procrastinators. If you keep editing and re-editing the first paragraph of your novel, or erasing and re-drawing and agonizing over the rough sketch of your eventual oil painting, you will never get past that step… and then you’ll start putting it off because you believe you’ll be stuck on that step forever. So stop that! Take a look at your imperfect rough draft and recognize that it’s just that–a rough draft. It will bring your work into existence, so you can shape it into the work you want to see as a final product.

4. Do the Easy Part First 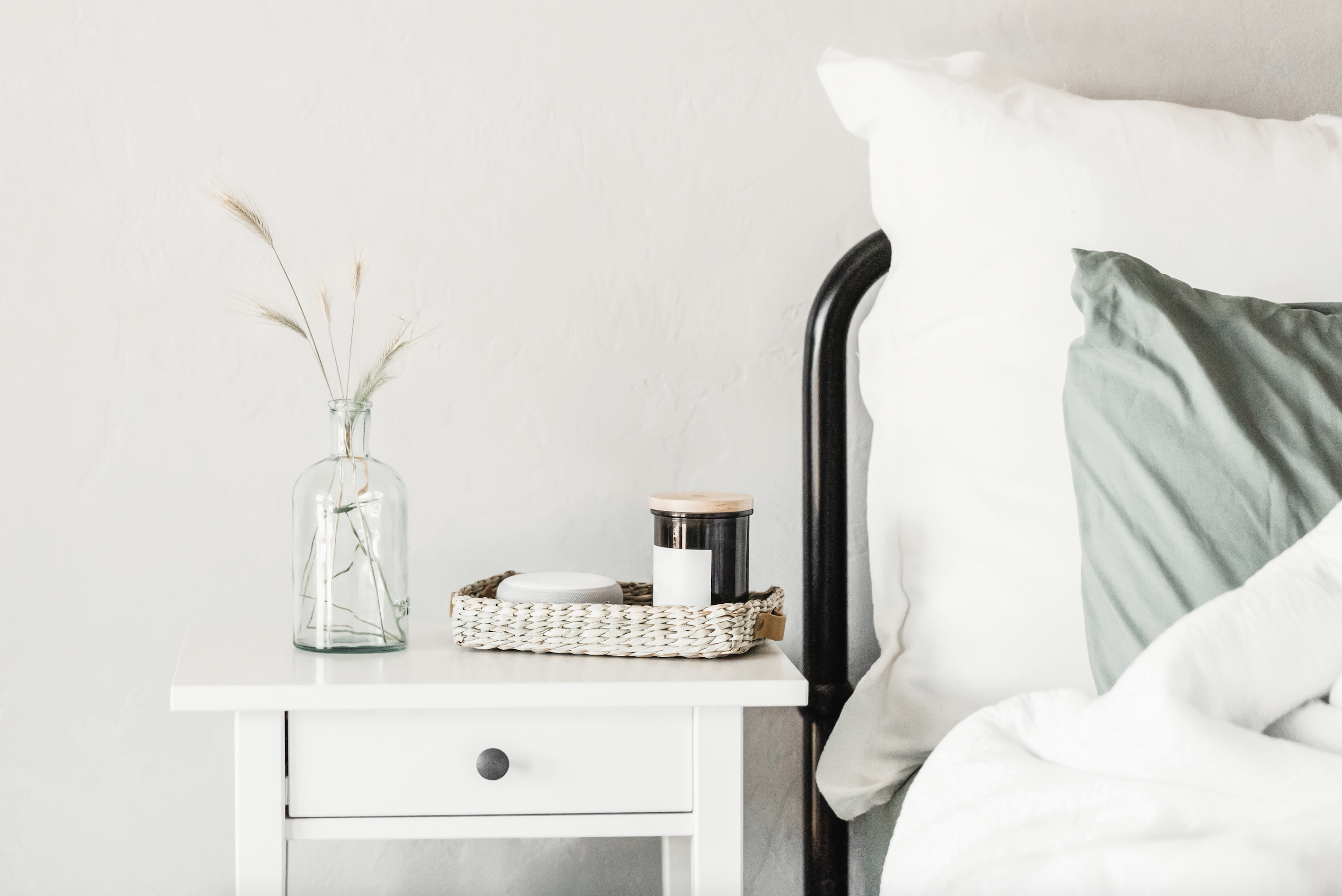 Well, isn’t it a good thing then that you don’t have to start by sorting through your accumulating laundry, then? In retrospect, this seems obvious. In the moment, on the other hand, you’re overwhelmed with a task that seems like an unclimbable mountain–even if that mountain is actually more of a molehill, if you look a little more closely.

Maybe don’t spend hours sorting through piles of mostly-dirty clothes. Maybe instead, take the empty water bottles from your nightstand and put them in the recycling. That doesn’t sound too bad, does it? Or take just the clothes that fell off of their hangers at the bottom of the closet and put them back where they belong. That doesn’t seem so hard, either. After a little while of doing the easiest possible task, you don’t even have to clean your room anymore–you just have to move some clothes from your floor to the laundry hamper.

This naturally applies to more than just cleaning your room. You can write your essay conclusion before the body paragraphs. You can skip around to the equations you already know how to answer on your math homework. There are fewer rules than you think.

This is related to that last part, but they’re not quite the same. Unfortunately sometimes a task simply must be completed sequentially. These tasks are often daunting, whether it’s sending a professional email or going to get your car fixed.

Let’s take the example of sending an email. This is a source of anxiety for a surprisingly high number of people. So, let’s not make this the task of sending an email. How exactly can we do that? Well, see, most “tasks” are not themselves actually tasks, but rather a series of smaller tasks that are completed for the purpose of reaching a larger goal, and you can put them all on your to-do list.

Let’s see one way that this can go. Task one: open computer. Task two: open internet browser. Task three: sign into email account. Task four: click “send email,” “compose,” etc. Task five: type out the message you need to send. Task six: click “send.” Step seven: celebrate! You did it! You can divide these into even smaller tasks if you feel the need to. You can also take breaks if you need to; anxiety and executive dysfunction are incredibly challenging, and there’s no need to judge yourself for either.

As you can see, procrastination is absolutely a curable ailment. You are not trapped on an endless work-cycle roller coaster of doing things at the last minute, nor are you doomed to never finish a project. You just need the skills and self-discipline to help jumpstart your motivation, combat procrastination or totally stop procrastination before it starts. Good luck!