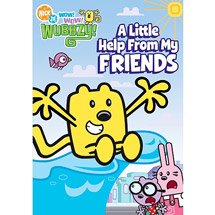 The award-winning hit pre-school series, Wow! Wow! Wubbzy! returns to DVD with more than 90 minutes of Wubbtastic Friendship Fun with the new released . ‘Wow! Wow! Wubbzy! A Little Help From My Friends’

My toddlers loved the first Wow! Wow! Wubbzy! “A Tale of Tails” DVD and they had as much fun and entertainment watching the new “A Little Help From My Friends”.

About Wubbzy and Friends:

Wubbzy is a fun, lovable, curious little guy who just likes to play, play, play with his friends in the wild and wacky town of Wuzzleburg. He’s charmed young children, been a smash hit online, wowed an array of top licensees and otherwise won over anyone who’s met the most famous, lovable resident of Wuzzleburg. Now, kids can watch Wubbzy and his pals discover the importance of friendship, cooperation, sharing and teamwork in the Emmy® Award-winning series that provides essential, wholesome life lessons while keeping the kid’s laughing. “Wow! Wow! Wubbzy!” has been a hit with pre-schoolers since its August 2006 premiere on Nick Jr. in the U.S. and now channels in more than 50 markets worldwide. Currently, “Wow! Wow! Wubbzy!” airs nearly 40 times a week on Nick Jr. and Noggin.

“Wubbzy” is also a huge success on other platforms. On Nick Jr.com, it is the No. 1 game for preschoolers with more than 220 million game plays! The property has also partnered with dozens of high profile licensees, including Fisher Price, Hasbro, Scholastic, Simon & Schuster and Ty Beanie, among many others who are all set to make Wubbzy the next big retail star! “Wow! Wow! Wubbzy!” was created by Bob Boyle and is produced by Bolder Media, Inc. in association with Film Roman, a Starz Media company. Boyle, Susan Miller and Fred Seibert are the executive producers.

DVD extras on “A Little Help From My Friends” include:

The DVD features six great episodes plus two bonus episodes, all focused on the important values of friendship:

· A Little Help From My Friends – When Wubbzy wants to borrow a wrench from Widget to fix his bike, Widget takes over the whole operation. Wubbzy is tired of needing help from his friends – they treat him like a little kid. He decides to cook them a dinner all by himself. Can Wubbzy pull off the dinner with no help at all?

· A Clean Sweep – It’s house-cleaning time, and Wubbzy has plenty of chores to do but he’s having too much fun with his kickity-kick ball to clean the house or do anything else. With the mess piling up, Wubbzy looses his ball. Hopefully Wubbzy, Walden and Widget can restore order.

· Mr. Cool – Walden wants to go the Wuzzleburg Boogie Bash, but he thinks you have to be cool to go. Walden tries to be cool but realizes everyone likes him just the way he is.

· Wubbzy in the Middle – When Walden needs to clean up his library, Widget brings in a new machine, the Handy Helper 3000. The machine malfunctions and tosses the books all over the place. Walden and Widget will no longer talk to each other and now Wubbzy is caught in the middle.

· Broken Record – Walden is handing out trophies to everyone who qualifies for the Wuzzleburg Book of Records. Wubbzy decides that he wants to break a record and collect a trophy but each time he tries someone needs his help. Which record will Wubbzy break?

The bonus friendship episodes are:

· Where’s My Wiggle Wrench? – On the eve of the big Construction Contest, Widget loses her lucky wiggle wrench. She can’t possibly win the contest without her favorite tool. Widget creates the Super Searcher 3000 which proves to be more than a searching machine.

Featuring an amazing silver foil o-card, Wow! Wow! Wubbzy! A Little Help From My Friends’ runs for 92 minutes and is now available from Anchor Bay Entertainment for the suggested retail price of $16.98. You can grab your copy on Amazon.com(on sale now for $11.49) or Walmart (on sale now for $11.32).

*Win It! Win a new Wow! Wow! Wubbzy! A Little Help From My Friends’ DVD! Leave a comment on this post by Tuesday, February 24th, 2008 at 12MN, EST with your email address to contact you in case you win. Contest is open to US and Canada residents only. One comment per entrant, please. Non-bloggers are always welcome. I will pick two winners using Random.org. The winners will be notified via email or you can check the winner announcement via Prizey.Fetch. You can also choose to enter the name or nickname you use to enter this contest while you’re there. Goodluck! (This contest is closed). 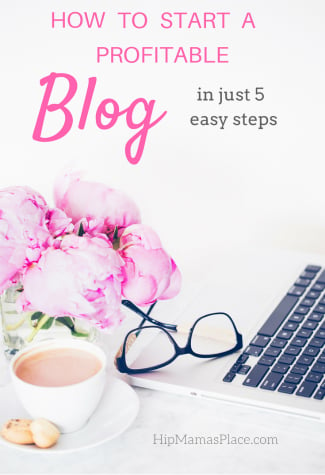