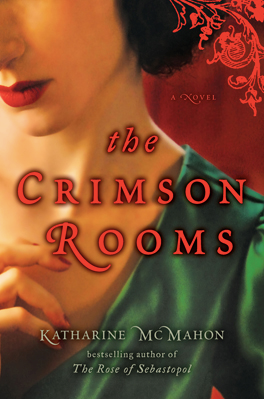 If you’ve read Katharine McMahon’s critically-acclaimed novels The Alchemist’s Daughter and The Rose of Sebastopol, you won’t want to miss her new mystery tale, The Crimson Rooms. 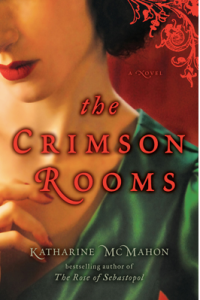 Set in the year 1924 England in the aftermath of World War I, The Crimson Rooms tells the story of a young woman Evelyn Gifford who defied conventions to become one of the country’s first female lawyers. The story is based on Carrie Morrison—a real and historic figure who was the first woman to be admitted to the British Law Society in 1920.

I was immediately drawn to Evelyn Gifford’s character in this story. She is a modest, yet determined young woman who wasn’t afraid of facing the difficulties to find her place in a changing world. Part mystery, drama, and love story, The Crimson Rooms is an overall marvelous read!

In the spirit of Sarah Waters and Geraldine Brooks, a dramatic mystery about love, secrets, and discovery in post-World War I London.

Still haunted by the death of her only brother, James, in the Great War, Evelyn Gifford is completely unprepared when a young nurse and her six-year-old son appear on the Giffords’ doorstep one night. The child, the nurse claims, is James’s, conceived in a battlefield hospital. The grief-stricken Giffords take them both in; but Evelyn, a struggling attorney, must now support her entire family-at a time when work for women lawyers is almost nonexistent.

Suddenly a new case falls in Evelyn’s lap: Seemingly hopeless, it’s been abandoned by her male coworkers. The accused-a veteran charged with murdering his young wife- is almost certain to die on the gallows. . . . And yet, Evelyn believes he is truly innocent, just as she suspects there may be more to the story of her “nephew” than meets the eye. . .

Where to buy the book:

The Crimson Rooms is now available at the following online retailers: Amazon, Barnes and Noble, Borders and Indie Bound.

Hip Mama’s Place Disclosure:
“I wrote this review while participating in a blog campaign by MotherTalk on behalf of G.P. Putnam’s Sons/Riverhead and received a copy of the book to facilitate my candid review. Mom Central sent me a gift card to thank me for taking the time to participate.”